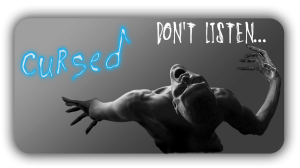 I got to the park around 1 pm (park opened at 12). I was there with my family so I started off the day with a few rides on the Steel Eel and Great White. We were able to walk on to both rides. That was how it was pretty much all day/night. After staying at the park for about 3 hours it was time to head out to drop off the little kids before the real fun started for the night.

So we get back to the park and it’s about 8pm. The park has now gone into full blown Cursed mode. Cursed is the theme that the Sea World chain has implemented across all of the parks that are doing Howl-O-Scream. Unfortunately all of the mazes and scare zones are towards the back of the park so it was a little bit of a trek to get there.

Ports of Skull (scare zone)/Den of the Departed (maze)

Ports of Skull is a scare zoned themed after….you guessed it pirates. Theming was pretty good, but scares lacked. There were some staged fight scenes between the pirates that were pretty good. Den of the Departed: Zombie Takeover is a maze themed after a New Orleans Voodoo Queen that is trying to take back her cemetery. Out of all the mazes I felt this was the weakest. Scares were not all that great and the theme did not fit in with the scare zone it was located in.

The scare zone was nothing to different from every other clown scare zone. The true winner in this area was the Sea Oddities Sideshow. The intensity of the maze is set right from the beginning. The first scene is a room with the wall spinning around and a bridge that is tilting side to side. The scare-actors in this maze were on point that night. I’m not going to go any further into it as I don’t want to give anything, but this was easily the best maze of the night.

Prey: Where the Hunter Becomes the Hunted

This was the next maze we went to. This maze is themed to a campsite that has been raided by the hunted. I was expecting it to be filled with animals and or creatures, but that’s not the case. The “hunted turned hunters” were people with bandannas that carried bows, arrows and knives. This is an interesting idea, but I think the execution wasn’t great.

This maze has been a staple of Sea World San Antonio for many years. It is an outdoor maze that is set in the undeveloped back area of the park. The theme is set to play on people’s fears (ex. spiders, claustrophobia, snakes. etc.) This maze could have been better, but it still wasn’t a bad maze.

And last but not least is ICU. This is the new for 2014 maze for SWSA. Going along with the Cursed theme, ICU is a sanctuary for the people who have been infected with the curse. Of course everything is not alright. The maze has taken over the Meadows Theater making it a pretty good size of a maze. The scenes were good and there was a lot of staff in the maze. The scares could have been a little better, but it’s still early in the scare season.

My overall reaction to Howl-O-Scream is positive. This is the first time I have been in over 5 years and I’m very excited to see the expansion and improvements that have been put in place. I’ll be going back to do the upcharge dinner show and hope to get videos and pictures. Hope you enjoyed this trip report and be sure to check back for my Fright Fest recap in the next few days.