Drew’s two co hosts are are vacation so Toronto Josh joins and they discuss Fury 325 media day, Tempesto, Hulk’s evacuation, Rockit’s metal detectors and then the show gets really sad.

The guys go around the table on which new additions they are looking forward to the most in 2015, they also talk a record amount about Elitch Gardens and a bit about Hollywood Studios new name.

Fun Spot America has opened their S&S swing ride Space Invader today. Space Invader originally announced back August, 2014 has been officially signed off by the state of Florida and is taking riders. Fun Spot America in Kissimmee, FL also has a similar S&S swing ride named Hot Seat. Riders must be 48″ to ride and it is $6.00 to ride or is included with your all day wristband.

On this ride, giant arms swing you back and forth until all you see is sky. Then you’re swung back so all you see is the ground rocketing past your face. You swing more than 180 degrees, past perpendicular, first on your back and then on your face! 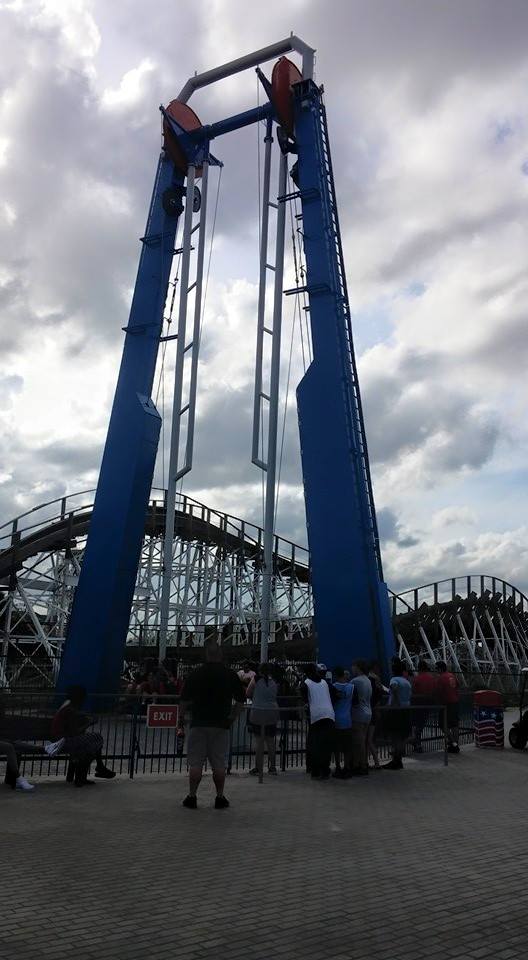 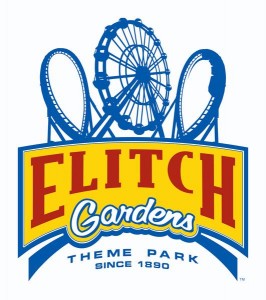 Elitch Gardens, a seasonal amusement park in Denver, Colorado announced their 2015 addition. Slidezilla, a 6 Story Hydro-Beast slide built by ProSlide Technology, Inc will be added into their water park. Slidezilla will be Colorado’s first hybrid slide featuring two thrilling elements on one slide. It will have both a Behemoth Bowl and a Tornado Wave to excite its riders. Slidezilla will drop you 57 feet in 4 person clover shaped tubes.  Painted Blue, Purple, and Teal this water slide will stand out on the Elitch Gardens skyline. Riders must be 48″ or taller to experience this attraction.

The six story water slide accelerates four riders through a curved chute and into a swirling 24 foot bowl before unexpectedly dropping 57 feet and then up into a massive four-story high tornado wave. After cresting the fierce water wall, the riders slide into an exhilarating splashdown. 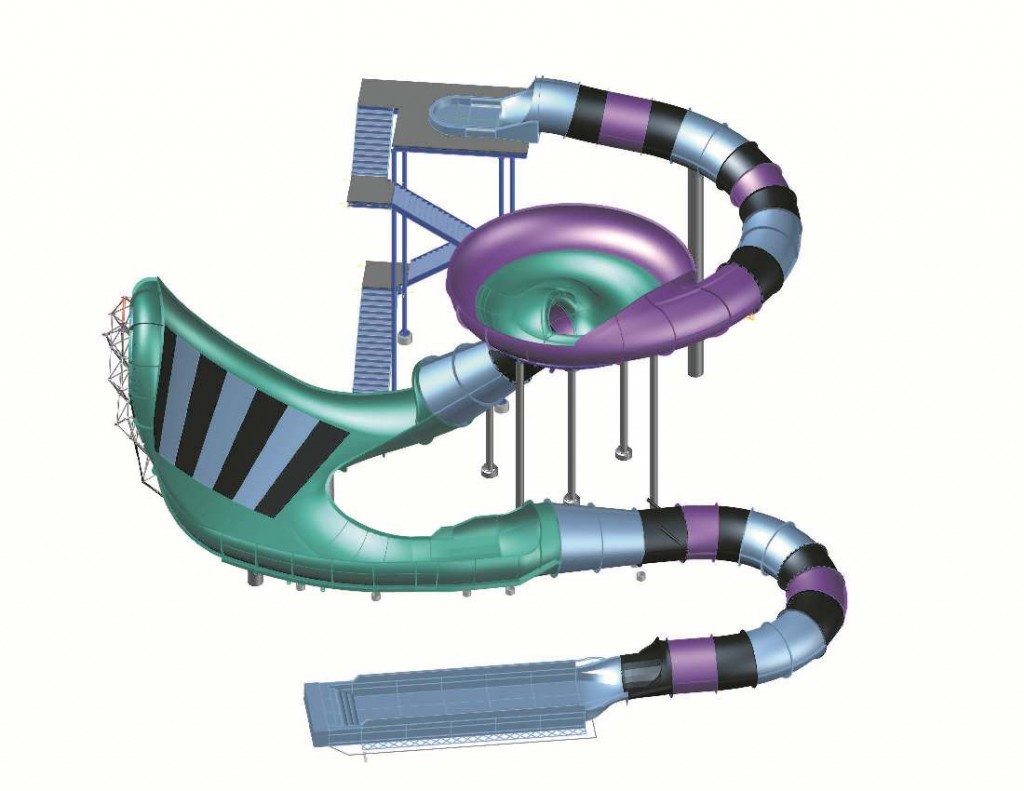 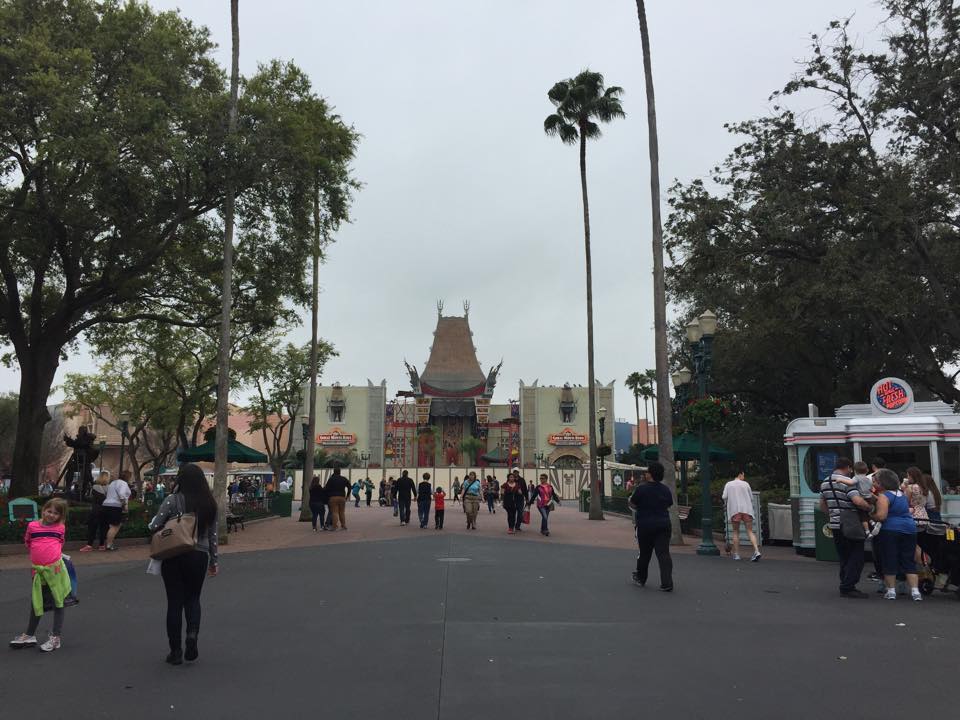 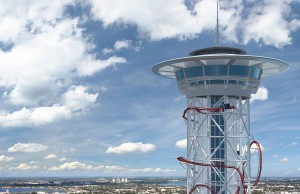 The Skyplex Entertainment complex on International Drive in Orlando, Florida has announced another attraction, a 1,500 foot long zipline. The zipline will take you 600 feet in the air before sliding you towards the ground. The ride will feature amazing views and a mechanical braking system and plastic hard seats. It does not have a name yet but will join Skyscraper the World’s Tallest Roller Coaster, and SkyFall the World’s Tallest Drop Ride. Both the coaster and drop ride will be manufactured by Intamin Worldwide, however the manufacture of the zip line has yet to be named.  All three attractions are expected to open in 2017 with a combination ticket available for purchase. This property will also be home to the World’s Largest Perkins 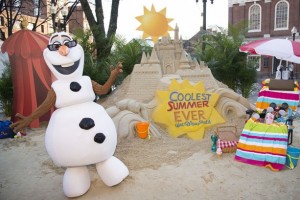 Walt Disney World today announced the “Coolest Summer Ever” event which will take place during the whole summer. Included in this is the major announcement was The 24 hour day at Magic Kingdom. From 6am May 22nd to 6 am May 23rd the Magic Kingdom will be open for its guests to enjoy all of the fantastic attractions. This year to no surprise will be Frozen themed. It will be hosted by Olaf the Snowman and will Kick off the start of the summer season. With frozen involved this truly will be the “Coolest Summer Ever” at the resort.

Also The Frozen Summer Fun at Disney’s Hollywood Studios is returning for its second season, Including the end of the night Frozen fireworks show. This will run June 17th – September 7th.

Walt Disney World Resort will kick off the “Coolest Summer Ever” with 24 hours of nonstop fun during a special event May 22-23 at the Magic Kingdom, hosted by Olaf, the summer-loving snowman from Disney’s blockbuster animated hit “Frozen.”

To announce the 24-hour event and the cool summer season, Disney today brought to life a warm summer scene inspired by Olaf’s dream, creating a 20-foot-wide beach complete with a Cinderella Castle made of sand in the middle of winter-weary Boston.

Surprised pedestrians near historic Faneuil Hall were greeted by Olaf and joined by playful beach-goers in summer attire with beach chairs and beach balls – all reminders of an exciting season of fun ahead at Walt Disney World Resort and a welcome relief from the city’s near-record snowfall approaching nine feet.

Memorial Day weekend is the traditional start of family vacation time, and Walt Disney World Resort will launch into the season full force. The Magic Kingdom will be open 24 hours to guests from 6 a.m. to 6 a.m., Friday May 22 to Saturday, May 23*. Guests will be invited to come in costume** to show their Disney Side while a selection of favorite attractions, entertainment, special event merchandise, plus food and beverage are on tap all night long to celebrate the start of the “Coolest Summer Ever” at Walt Disney World Resort.

The around-the-clock celebration features Disney character greetings, dance parties and surprises into the wee hours of the night.

During the “Coolest Summer Ever,” with Olaf as the official host, Walt Disney World guests can get their cool on all summer long at four theme parks and two water parks.

Batman: The Ride is starting to look more like a roller coaster every single day. Randall stopped by to check out the progress. Join him as he shows off the ride from the ground, and on the train.

Batman is the worlds first free spin 4th Dimension style roller coaster, built by S&S World Wide. Riders will flip upside down six times as they zig and zag across the track.  Taking the place of the old car ride, Motorama Turnpike, Batman: The ride is in the Rockville 50’s themed section of  Six Flags Fiesta Texas. 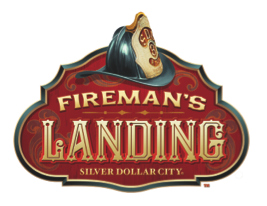 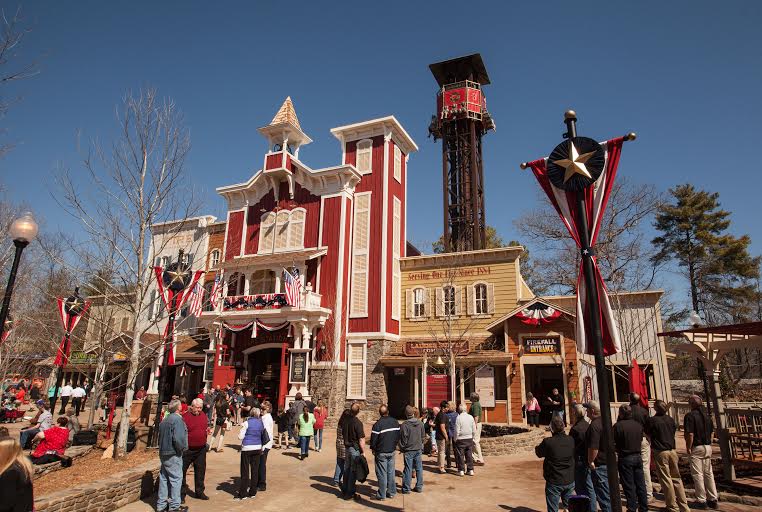 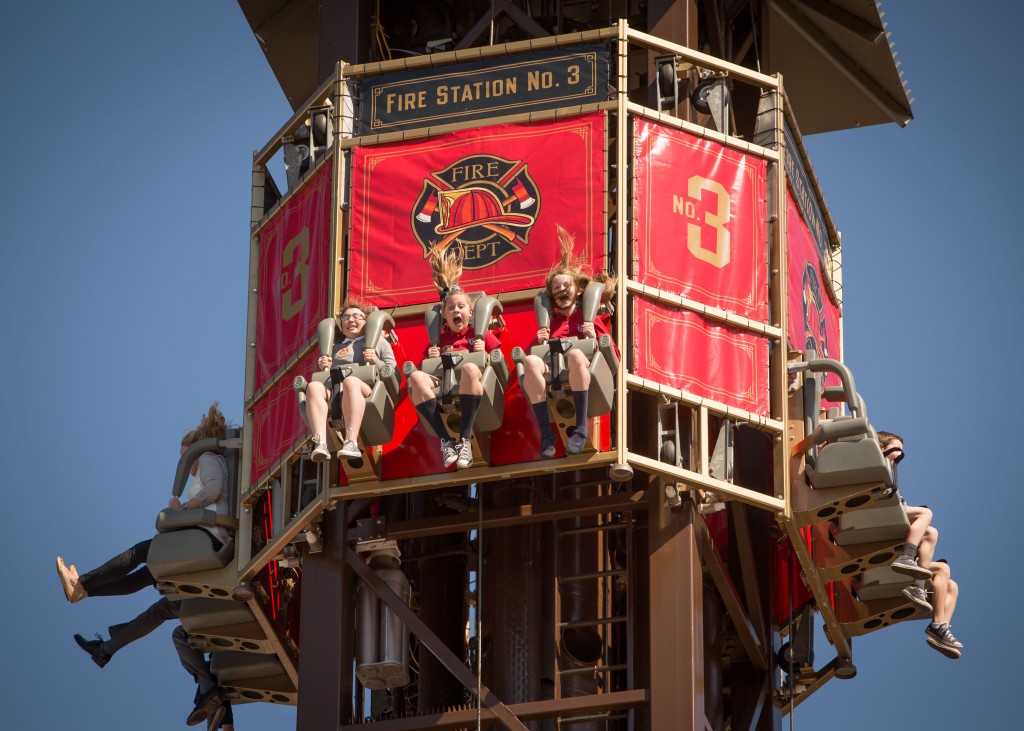 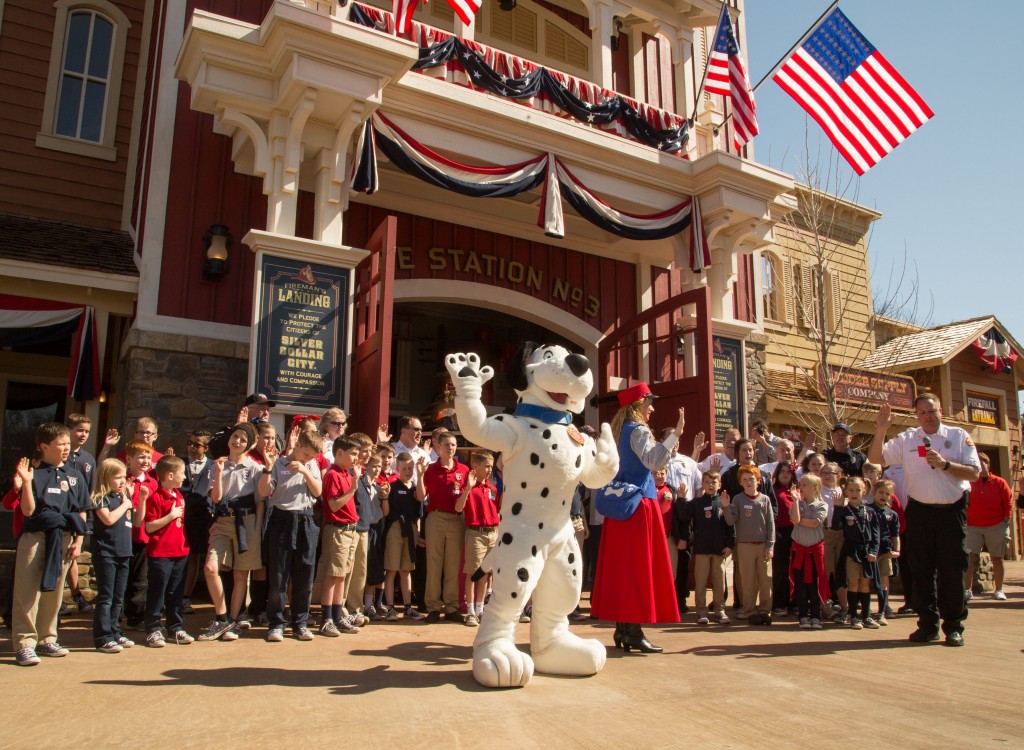 This week we were joined by Alan from Adventure City to talk about the new Rewind Racers coaster, Legend and Drew also talk Action Park, international travel and Soarin both coasts