When Clint was first approached to be a part of a new amusement park show centered around enthusiasts; I was super excited for him. It seemed like the perfect fit for him. Not only is Clint knowledgeable about rides and parks, he also is outgoing and charismatic. This was going to be great! My feelings on this matter quickly changed once I was asked to join him on this show.

END_OF_DOCUMENT_TOKEN_TO_BE_REPLACED

While searching the internet, there is no shortage of television shows about roller coasters and amusement parks. Often times these shows are catered to the general public, while the enthusiast community tend to roll their eyes at the supposed popular rides and attractions. Great American Country (GAC), a sister channel of the travel channel, took a different approach with their newest show. 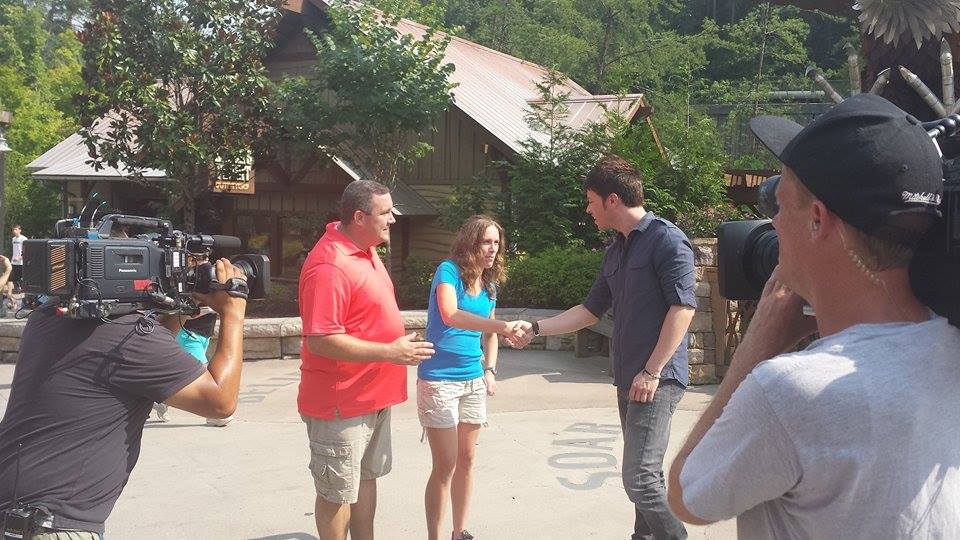 All-American Amusement Parks, starring JD Scott, shows parks through the eyes of the enthusiast. Scott is the host of the show and a self-proclaimed amusement park enthusiast. He is led around the various parks by one or more “Super Fan(s)” to get the inside look at some of America’s most popular parks. On the show, Scott and The Super Fan discuss the park’s atmosphere, food and, of course, the rides. The first episode will take a look at some of the best parks that the Midwest has to offer. The show will premier tonight at 8:00 PM on the Great American Country channel.