Vana Nava Hua Hin Water Jungle will open its doors in Thailand on December 1st, where guests will have the opportunity to brave some of Thailand’s largest waterslides, all of which are supplied by WhiteWater. The beautifully detailed theming and landscaping creates a tropical oasis in the midst of a bustling city. Vana Nava offers day-to-night entertainment for all ages with a variety of activities and zones. END_OF_DOCUMENT_TOKEN_TO_BE_REPLACED

Visitors to WhiteWater supplied waterparks around the world could soon see the famous NASCAR® trademark on some of the company’s rides and attractions.

WhiteWater has signed a licensing agreement with NASCAR, one of the world’s best-known sporting brands. The deal will allow WhiteWater and its waterpark clients to use the logo and marks on approved themed rides and products based on the iconic NASCAR brand.

“This is the first branding deal of its kind in the waterpark industry and we’re super thrilled to have entered into an agreement with this high-profile American company,” said WhiteWater founder and CEO Geoff Chutter. “Creating an experience around the NASCAR theme will certainly add to the WOW experience for our guests.”

One of the first rides to bear the NASCAR logo will be WhiteWater’s multi-lane racing mat ride, currently being proposed to several parks.

“As one of the most thrilling and exciting sports in the world, we look forward to working with the premier waterpark company in the business to explore this unique integration with the NASCAR brand,” said Blake Davidson, Vice President of Licensing and Consumer Products at NASCAR. “We select our licensees very carefully, and WhiteWater, with its global reach and emphasis on innovation, proved to be a great fit for our company.”

END_OF_DOCUMENT_TOKEN_TO_BE_REPLACED 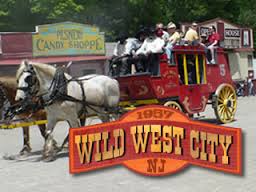 Wild West City-Byram, New Jersy —The legal issues involving a New Jersey Wild west theme park have finally come to an end with a 2 million dollar settlement. The settlement come after an actor was partially paralyzed in 2006 when a live round was used instead of a blank. The settlement will be paid by different parties’ including the park and the Arizona Territorial Riders who supplied the reenacted used. The individual who shot the actor and the person that brought the ammunition to the park served probation. 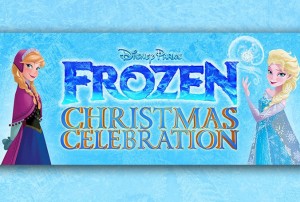 Here is the ABC News release about the renamed event.

The star-studded sounds of the season include some of today’s top musical talents lending their voices to celebrate the holidays.

And, from fairy tales to classic Christmas carols, Disney friends and holiday characters spread joy and good tidings through Disneyland Park in California and the Magic Kingdom Park in Florida.

This year promises some extra Frozen fun with fanciful floats and colorful cavalcades as Santa Claus himself along with his reindeer, wend their holly jolly way down Main Street, USA. (10:00 a.m. – 12:00 p.m. ET; check local listings)

A small fire at an animal enclosure Monday was being investigated as arson at this time.  While firefighters worked on the main fire four other brush fires were discovered.  No animals where injured in the fires. 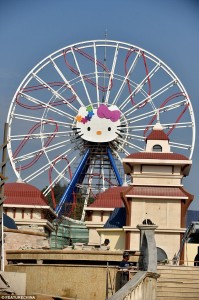 A Hello Kitty theme park is nearing the end of construction in china and is expected to bring with it 1 million visitors a year. The park is being constructed by US entertainment design firm Hettema Group  and Japanese company Sanrio who owns the Hello Kitty brand. END_OF_DOCUMENT_TOKEN_TO_BE_REPLACED

The United Kingdom’s Puxton Park has banned adult singles over the fear of pedophile.  The park features an adventure park and animal shows.  The park has instituted the policy o not letting single adults in after the local mayor ended up in jail for possessing indecent images of children.  The park claims the ban is for the protection of children.Read the news article here

Plans have been announced for a new amusement park in Myrtle Beach, SC. The planned park will take over the Myrtle Beach Shrine Club.  This is the second set of plans submitted for approval but the first ones that have met the zoning and city requirements for the site.  The plans don’t include kids rides and will feature electric go carts. 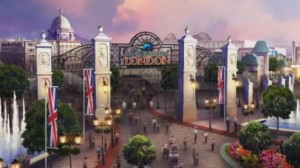 Paramount’s €2.5 billion planned park just outside of London has progressed to the next stage as the plans for the park have gone on display locally.  The park has government approval and is going to feature rides based on the company’s blockbuster films.   The park has an Easter 2020 projected opening date. 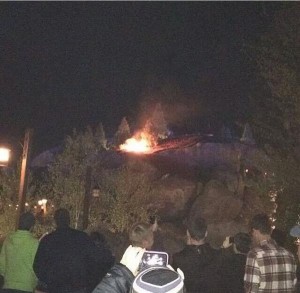 Fire work embers caused a small fire at the Seven Dwarfs Mine Train ride at Walt Disney World over the weekend.  The ride was shutdown for a few hours while the ride was inspected. The ride opened the same day.