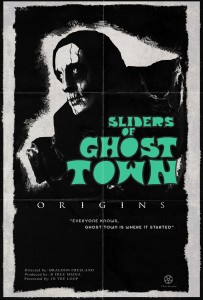 The Sliders Of Ghost Town: Origins, is a Documentary that will journey through the story of how Halloween Haunt began at Knott’s Berry Farm back in 1973. This event has been around for over 40 years and the talent that works the streets has developed a new scare tactic that can now be seen all over the world. We will hear and see stories from those who work there now, as well as some of the original sliders who developed the concept of sliding for a scare, and as a recreational sport that goes on all year round.

Sliders of Ghost Town: Origins, Bluray DVD Pre order is now available. Release is projected for late March early April 2016. This version will be a long extended cut with scenes that were not seen at at any of the screenings. We will also have TONS of special features and bonus content as well. 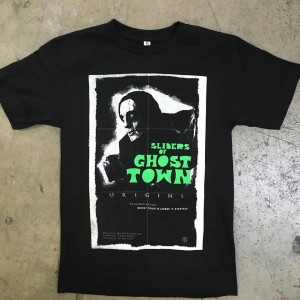 Sliders of Ghost Town: Origins T shirt available for order now in any size from S-XXXXL 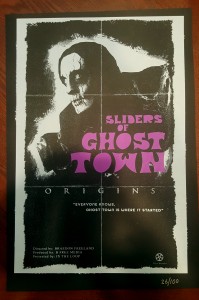 18″ x 13″ Hand screen printed and hand numbered Movie Poster. These are a limited run of 100. The back is signed by the Creator of the film, Braedon Freeland. If you would like yours signed on the front by the creator of the film please say so in the description.