Dollywood has announced that Rodolph the Red Nose Reindeer is back for another season of family fun at their award winning Christmas event  Dollywood’s Smoky Mountain Christmas. Rodolph was a meet and greet character last year where guests of all ages could meet Santa’s famous friend.  Furthermore Dollywood announced that it is the final season of their technological masterpiece of a show Dollywood’s A Christmas Carol. This show features a holographic Dolly Parton to star among its cast. You can read more in the press release below.

PIGEON FORGE, Tenn. (November 4, 2015) — Rudolph the Red-Nosed Reindeer leads Santa’s sleigh back to Pigeon Forge for Dollywood’s Smoky Mountain Christmas presented by Humana (Nov. 7 – Jan. 3). Rudolph and his special friends enjoyed visiting Dollywood guests so much last year that they’ve decided to pack up all of the fun from the North Pole and bring it to Dollywood for this year’s festival!

Throw in the park’s four million dazzling lights, award-winning entertainment and delicious food options and it is easy to understand why Dollywood earned this year’s Amusement Today Golden Ticket Award for Best Christmas Event, its eighth consecutive honor. In fact, Dollywood is the only theme park in the world to ever win the award.

“I’m so proud of the work everyone puts in to making Christmas such a special time for families at my Dollywood,” said Dolly Parton. “They start putting up Christmas lights in July! It’s so beautiful and truly is the most special time of year to visit. Our entertainment team does an amazing job with all of the great shows they perform at Christmas. Why I hear they’re even going to bring back the hologram version of me one more time so you can see ‘the other Dolly’ remind ol’ Scrooge what Christmas is all about!”

Rudolph The Red-Nosed Reindeer, the beloved Christmas television special, comes to life at Dollywood this season. Guests can meet Rudolph and his friends, including Clarice, Bumble the Abominable Snow Monster and Yukon Cornelius in Rudolph’s Holly Jolly ™ Junction, a magical area where festive fun awaits. After meeting Rudolph and his friends, families can head to Clarice’s kitchen to decorate custom Christmas cookies or even take part in a few reindeer games!

With a number of family-favorite shows throughout Dollywood, entertainment certainly takes center stage during Smoky Mountain Christmas. The groundbreaking Dollywood’s A Christmas Carol returns to for its final season in 2015. The show uses holographic technology to bring Dolly Parton to the stage as the Ghost of Christmas Past. The lifelike appearance of Parton and the other holograms featured in the show leave amazed audiences mesmerized. This heartwarming tale about the transformation of Ebenezer Scrooge features a 16-member cast, fully orchestrated musical tracks and period costuming.

Dollywood’s entertainment, which in 2015 earned its seventh consecutive Golden Ticket Award for Best Shows, features several other beloved shows this season, including Christmas in the Smokies, An Appalachian Christmas, ‘Twas the Night Before Christmas, O’ Holy Night, and Christmas with The Kingdom Heirs. Guests also can experience the nightly Parade of Lights, a festive procession of larger-than-life toys and characters, as well as Santa’s Workshop, where the smallest guests can share their wish list with Kris Kringle.

Families can finish their visit with a traditional Christmas meal as several of Dollywood’s menus feature holiday-themed items. Among the favorites are turkey and dressing, hot flavored drinks like hot chocolate and wassail, and much more. Holiday desserts available throughout the park include pumpkin pies, pumpkin rolls, pumpkin spice funnel cakes and a make-your-own s’mores pit.

New for 2014 Six Flags Over Georgia’s Holiday in the Park event includes several rides and roller coasters as well as Christmas and Holiday lights, and even a train ride to the North Poll.  Join Drew as he shows off all the lights and fun things from this event. 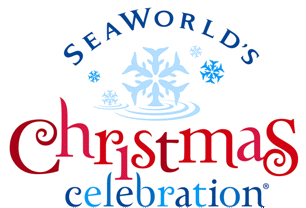 Waves of holiday spirit splash over the park during SeaWorld’s Christmas Celebration™.  Here in a wintery, watery wonderland, guests of all ages will enjoy stunning live shows inspired by the natural world, journey to the North Pole on THE POLAR EXPRESS Experience, then share a smile with a playful penguin at the South Pole while visiting the park’s newest attraction, Antarctica: Empire of the Penguin®!

END_OF_DOCUMENT_TOKEN_TO_BE_REPLACED

The Showboat Branson Belle, decks its decks as well as the halls to kick off the holiday season with Christmas cruises on Table Rock Lake. Made in the USA, the world-class headliner production show, presents classic Christmas carols, holiday favorites and a patriotic finale, plus a one-of-a-kind performance of The Nutcracker Suite by violin-playing aerialist Janice Martin. A new Rudolph the Red-Nosed Reindeer® medley by the male vocal group, The ShowMen , celebrates the most famous reindeer of all on the 50th anniversary of the television special.