Tagged: Ghost Town In The Sky 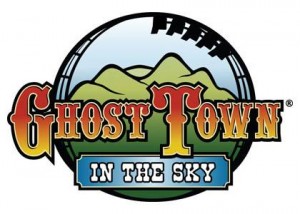 Ghost Town In The Sky, a small park in the Smokey Mountains of North Carolina, which was supposed to open on July 2nd, has announced today that they will not open for the 2015 season. They need more time to work on the updates of the 60+ year old infrastructure of the park. The park is located at the top of a mountain so these updates could take a few more weeks, and it would not be a financially  sound decision to open for only part of the season. Alaska Presley, Park President has sent us a press release in regards to the parks current status.

As many of you know we have spent the last 3 years rebuilding the infrastructure of Ghost Town. The park is 60+ years old and new electrical, plumbing, evacuation roads and more had to be updated. We have spent more than half a million dollars installing 5000 ft of water lines through out the mountain to replace aging and dry wells. I have now been informed that additional measures must be taken in order for the new lines to pass pressure tests and this will not be completed for several more weeks. Without water we are unable to open to the public. This comes as a disappointment, since we have spent the last several weeks renovating the western town and preparing the restaurants and shops. It is just not cost effective to open for a partial season. We will however be completed and ready to go for next season and ask that you please keep updated on our Facebook page for 2016 opening announcements. We have been working on re-branding Ghost Town into a family destination taking it from the 1960’s to the 2020’s and although it may seem like little has been done, I assure you, you must first complete a solid infrastructure in order to build a memorable destination and we have almost completed that. Ghost Town’s future holds exciting new activities like our all new AirWalk which will be a conversion of the existing roller coaster to a harnessed climbable course, extended zip lines, from up the mountain, an Appalachian Village to include local entertainment and artisans and much more. We truly appreciate your understanding and will continue to update you as we progress.