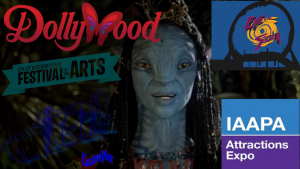 We talk IAAPA, Dollywood & Lightning Rod review, and all the news of the past three weeks.

This week the gang discusses Spoons thoughts on the latest from RMC, The Legends California Adventure and two wacky international news items. 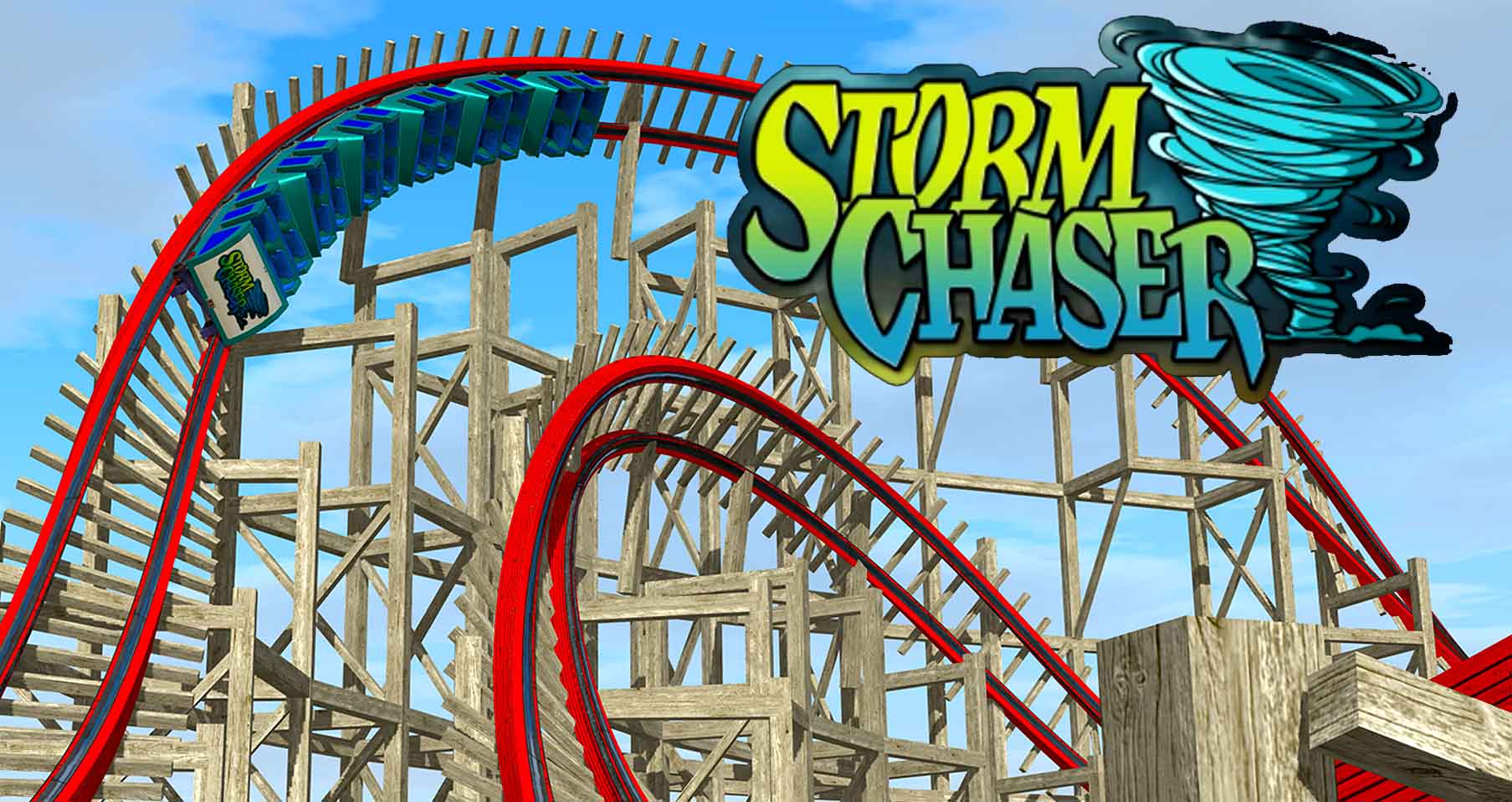 Kentucky Kingdom announced a 15 million dollar investment today with the re-imagined Storm Chaser, built by Rocky Mountain Construction. Storm Chaser will take place of the former Twisted Twins dueling CCI coaster that closed when Six Flags left the park. The ride has been Standing But Not Operating since the end of the 2008 season. Storm Chaser will run on RMC’s I Box track, making it a steel roller coaster. This same design was used in Twisted Colossus and The New Texas Giant. It will stand 100 feet tall and drop at 78 degrees while inverting you in the process, in America’s first Barrel Roll Drop. Kentucky Kingdom sent us a press release which you can read below.

KENTUCKY KINGDOM ANNOUNCES ITS MOST EXCITING COASTER YET!

Kentucky Kingdom is recognized within the amusement industry for its diverse mix of thrilling coasters, which include Thunder Run, the classic wooden coaster ranked among the top “woodies” in the world; T3, its newly revamped and reopened suspended looping coaster; Lightning Run, a one-of-a-kind hyper coaster introduced in 2014 and rated among the top 25 steel coasters in the world by Amusement Today; and the Roller Skater, a whimsically themed family coaster and a favorite with all ages.

With the objective of offering its guests something truly unique, the park commissioned Rocky Mountain Construction to design and build its fifth and newest coaster.  According to John Mulcahy, the park’s Director of Marketing and Communication, “Rocky Mountain Construction (RMC) is on the leading edge of coaster design and engineering, admired by both coaster enthusiasts and industry professionals.”

Mulcahy went on to say, “What makes Storm Chaser so special is that it will have RMC’s unique and patented iBox track, which will rest on wood, creating the “feel” of a wooden coaster, but will be supported by a steel superstructure. This yields a ride that’s smooth as glass, yet also very fast and intense. The iBox track also allows for the addition of exciting elements not normally associated with traditional wooden coasters.”

Some might refer to Storm Chaser as a hybrid coaster, but it’s actually an entirely new category of coaster. There are only five other parks in the world to have a coaster with the revolutionary iBox track and they are the marquee attractions at some of the largest parks in the world, including Six Flags Magic Mountain (Valencia, California), Six Flags Fiesta Texas (San Antonio, Texas), and Six Flags New England (Agawam, Massachusetts).

“These other iBox coasters have gotten rave reviews and we’re very proud to be joining their ranks,” remarked Mulcahy. Storm Chaser will give our guests a coaster experience like no other in the region.”

Mulcahy continued, “Storm Chaser, standing 100 feet tall at its highest point, will be the first coaster in America to feature a barrel roll drop from a 10-story lift hill, not to mention a near-perpendicular 78-degree angle of descent.  But that’s just the beginning. That first roll is followed by a stall dive, a tip-out corner, airtime hills, a twisted airtime drop, and even a corkscrew, features that simply can’t be offered on traditional wooden coasters.”

Mulcahy confirmed that Storm Chaser will replace the coaster formerly known as Twisted Twins. Work on this project has already begun and Storm Chaser will be ready for its first riders when the park opens in the spring of 2016.

Ed Hart, President and CEO of Kentucky Kingdom, noted, “Since we’re all about creating exceptional thrills at Kentucky Kingdom, Storm Chaser fits the bill. Storm Chaser would normally cost as much as $15 million all-in, but we’re saving money by using some of the existing superstructure from Twisted Twins. However, because of the new configuration, taller lift hill, and many other innovative features, we are essentially redesigning and building a new coaster.”  Hart went on to ask, “When’s the last time you dropped ten stories while doing a barrel roll?”

Fred Grubb, co-founder and “chief innovator” of RMC, added, “We are thrilled to have been selected for this project and to help introduce our special brand of coaster design to Kentucky. Storm Chaser will be one of the most exciting coasters we’ve ever built!”

The American Coaster Enthusiasts (ACE) appears to agree. With anticipation for Storm Chaser building, ACE has selected Kentucky Kingdom to be among the four major regional theme parks to host its national convention next July. 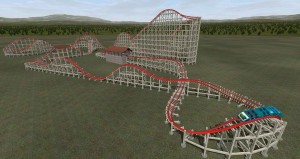 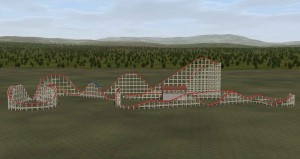 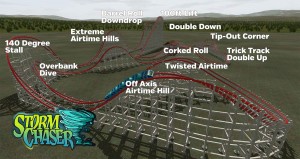 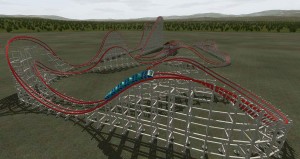 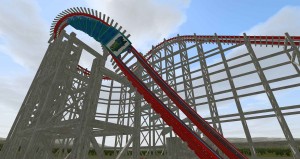 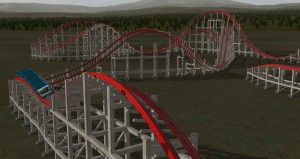 Clint is back with the Legend as they talk about Clints Honeymoon.  They also talk about whats going on at Universal Studios and there medal detectors. 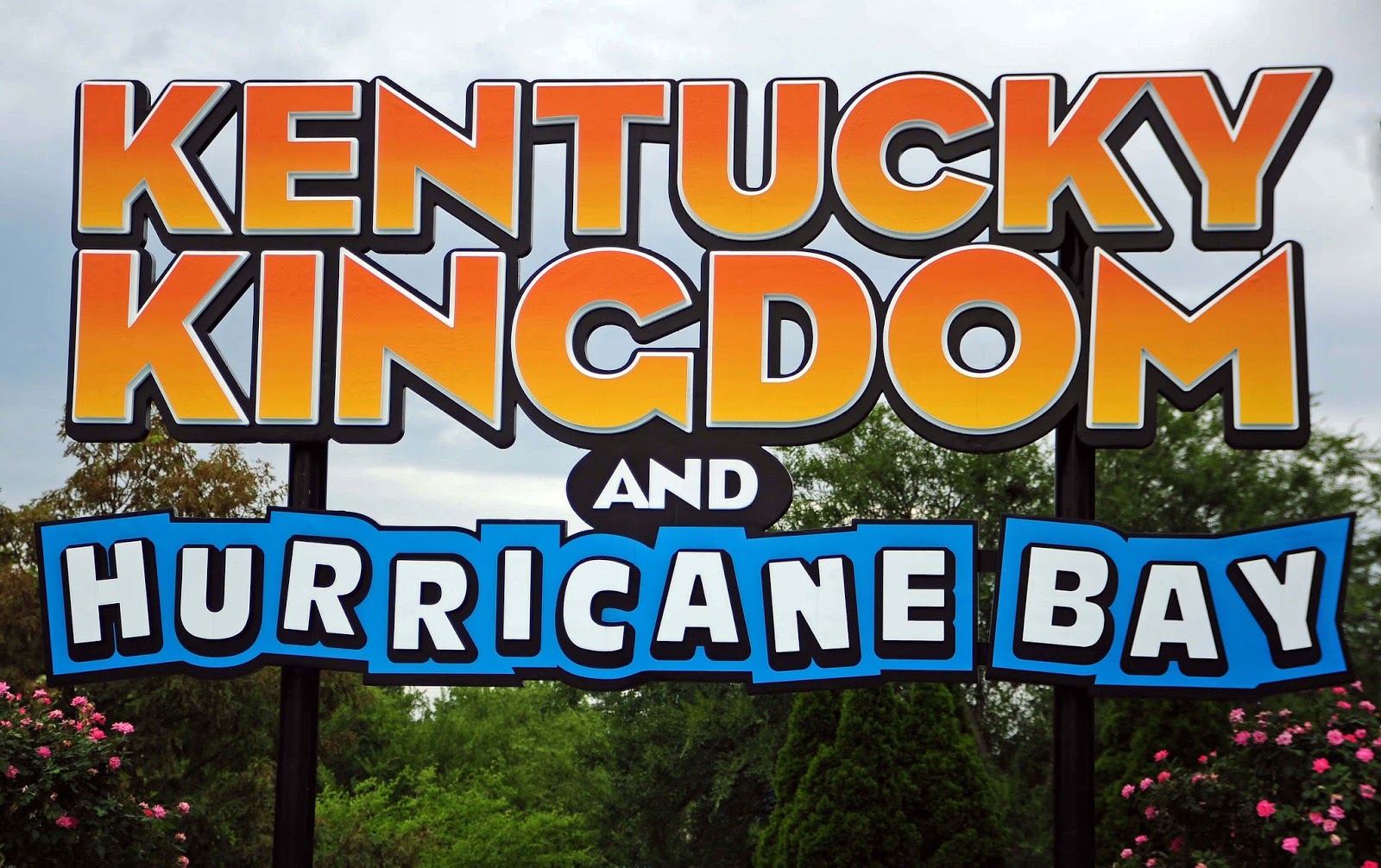 Two people are suing the park claiming they were injured on a water slide. The two claim they were injured while riding the voodoo water slide. The parks chief investor Ed Hart stated that the two were violating park rules if they went down the ride together for being over the weight limit and going down the ride before receiving instructions or permission from the lifeguards operating the slide.   Ed Hart has also received a signed affidavit from friends stating that there sole intention of going to the park was to get injured and sue. One of the two has also had their season pass revoked for trying to climb a fence and enter a ride restricted area.   Voodoo express has been ridden 50,000 this season with no other injuries reported.