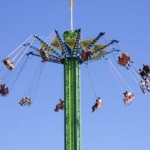 Kentucky Kingdom had a few announcements yesterday that included some numbers for the 2014 season.  They clam that around 600,000 guests visited the park during the season and sold 117,000 season passes.  With those number announced, they also filled us in on the 5 new attractions being added to the park.

Some of these attractions are refurbished from the old park